The King cast his steely gaze at Timuns “Who in the bloody blazes is this ‘Third Estate” you keep babbling about?”..... Timuns brain cried “the third estate is everything” but the memory of being nearly killed by queen enfeebled his mind, all he could do is stare on in fear. 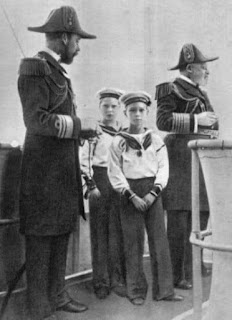 Posted by Clockmaker at 8:28 PM No comments:

After explaining his belief in the “Social Contract” and the validity of the works of Locke.... the Queen, with the speed of a leopard, leapt at him and began to strangle young Timuns right in front of the chuckling Prime Minister. 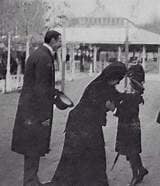 Posted by Clockmaker at 8:26 PM No comments:

The VanGloom sisters were convinced, barring a early spring, no one would find Gertrude’s body. 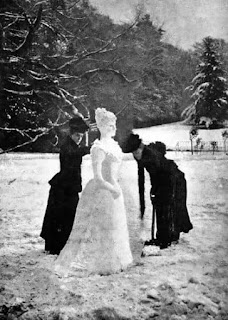 Posted by Clockmaker at 8:24 PM No comments:

"Sure...." Thought Gunter "I could have spent a little bit more time on the hands." but he was sure that his "StahlTodtwagon" would finally keep the neighbors kids in their own damn yard. 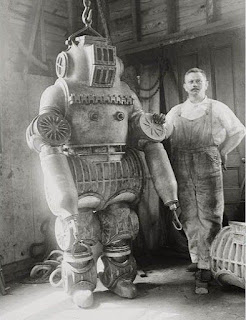 Posted by Clockmaker at 8:22 PM No comments:

If Lil Ash knew one thing....It was the only way to beat beltway traffic was her broom. 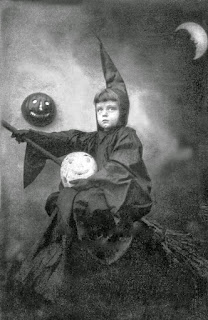 Posted by Clockmaker at 8:20 PM No comments: 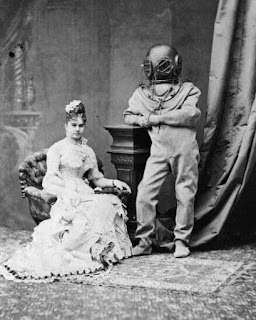 The Fizz, Mr. Meow and Ann Arky, their costumes now complete, were ready to pull their first capper, the Hovis Cobolt Potato Soda distillery payroll would be theirs! 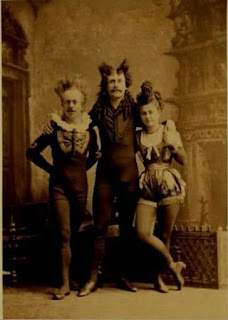 Posted by Clockmaker at 9:30 PM No comments:

14 years latter, the survivors of miss Mcgonickles 2nd grade class were still waiting to crown the winner of the musical chairs competition. 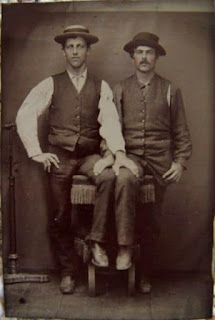 “Now Caperina.... stand next to your lovely birthday present... put your arms around it dear!” Said her mother “isn’t it simply sublime! I knew she would love it!” As the shade of a 1000 sleepless nights, like the dawning of a day of dread, began to creep into the child’s mind." 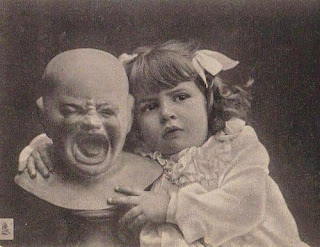 Posted by Clockmaker at 9:27 PM No comments:

“If those little hooligans would not leave her prized rose bushes alone....” Dorris swore “.... then I would steal their souls” 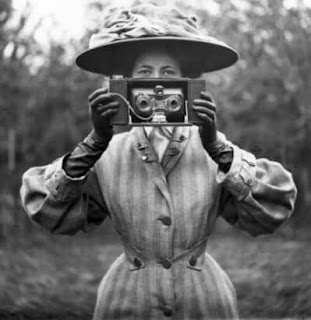 Posted by Clockmaker at 9:58 PM No comments:

With the obsolescence of the outdoor well and the move away from the VHS format.... the Ring Sisters were hard press to find work. 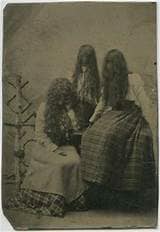 Posted by Clockmaker at 9:56 PM No comments:

First posts in a while

I have always spent hours looking at old photographs, yes those were usually Military in nature, counting buttons, noting how their haversacks are worn and all matter of nonsense. But I recently started looking at some of the strange photo's of the past and specially those that literally grabbed me a wrote their own story....from my sick and twisted brain, I have been posting them on my facebook account but I thought here would be a good place to park them for a while.


Enjoy
The Clockwinder
Posted by Clockmaker at 9:49 PM No comments:

Yelling at the Irish had been I much beloved activity at the prestigious Bambridgeshireton school for young gentlemen and the boys of the lower form took to with a fervor unseen since the school beat Toffington for the Lord Snoutington cup. 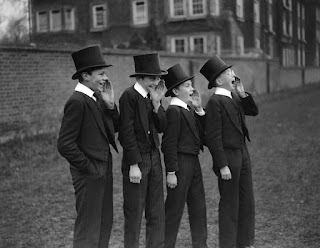 Posted by Clockmaker at 9:35 PM No comments:

The Turnbuckle sisters sat patiently awaiting the taking of their portrait... except Meredith, who subtly, with a glance, reminded her children of the coming of the apocalypse if Jimmy did not leave his damn sister alone. 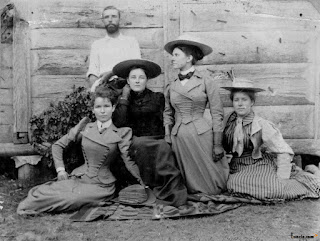 As they waited for the photograph to be taken Beatrice and Hobart sank deeper into the monotony of their middle class existence.... It was only Toby who noted the indescribable horror oozing out of the shadows of the corner of the room, as the stench of decay and malice filled the room, tendrils of unfathomable terror moved towards them...Toby, doom holding hard his speech....mentally pleaded for lightning to ride, ride as you have never ridden before! 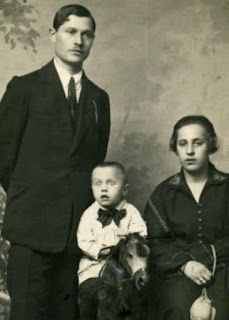 Posted by Clockmaker at 9:31 PM No comments:

Try as they might..... the Finnstable family could not find grandpa.

Posted by Clockmaker at 9:29 PM No comments:

15 years to the day, Carl set out to prove to his old GM once and for all, that his Paladin could have used his halberd in the wizards study. 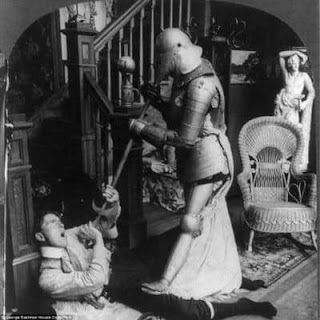 “Harrumph!” Calvin Plainsvile-Blat thought “Joseph Merrick is no more a Elephant man than I am the sultan of Siam...... it’s bloody cultural appropriation it is!” 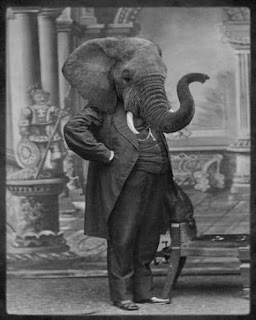 Posted by Clockmaker at 9:26 PM No comments:

A weredonkey and a werehedgehog? All the other lycanthropes just pointed and laugh. 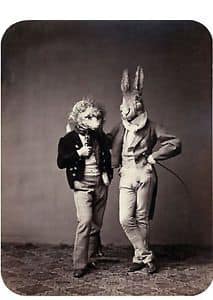 Posted by Clockmaker at 9:24 PM No comments:

The photographer was both elated and terrified that he had caught the exact moment the owl made off with little Timmy. 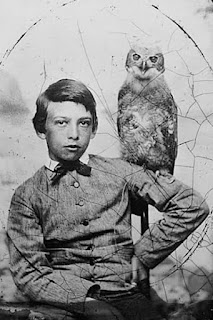 Posted by Clockmaker at 9:22 PM No comments:

Kurt could never quite figure out why he had no friends. 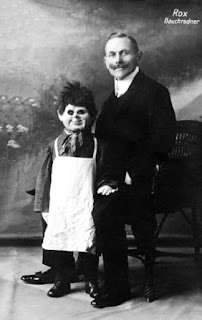 Posted by Clockmaker at 9:21 PM No comments:

As he sat alone is his room, Baxter wondered “why won’t the world let Baxter be Baxter”. 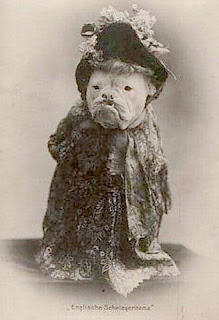 Posted by Clockmaker at 9:19 PM No comments: 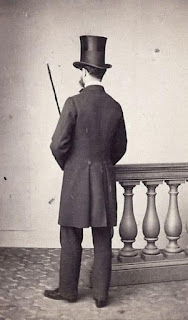 As hard as he tried.... the Earl could not grasp the concept of the “selfie"
Posted by Clockmaker at 9:17 PM No comments:

With his new fashion beret and action purse, lucky shorts and tie, Gerald lord Crankshaft finally felt ready for his first day at the Ted Urbanski Vo-tech school.
Posted by Clockmaker at 9:15 PM No comments:

In the Dark times, before geekdom/nerds were sort of cool....

It is a odd happenstance that I meet Lee McCormick and John in a store called "Punch and Judy's" on main street in Newark. I was new to Dungeons and Dragons (circa 1979-80) and this store was a Mecca for us.

John and Lee soon opened their own store "The Days of Knights" in Newark and the focus of our little community soon shifted to their store, it was here, egged on by John that we branched out into new worlds. One of those worlds was Melanda which was created by John and Lee. It was here that I first went into the famed "Burgundy Pit" a module that John (and I believe Mica his wife) wrote, and of which he bragged about no one ever completing it......yes not even the crew of the enterprise could, I know I was there.

After High School I worked in the Arcade in the same Mini-mall as DoKs (as we called it) and everyday John and I chatted, he was a warm and giving person sometimes to a fault. He was always there for advice and to share a joke with. He was also there for much more, sometimes, when I needed to do something, he would freely allow me to use his car, He corrected the spelling on my papers for school (trust me they needed help) and was a sounding board for any hairbrained scheme you had.

John had been a teacher, He had a show on channel 2 where he talked about horse racing and ran Doks for decades.

He was also a bit of a Charlie brown figure, deathly afraid of mice and instead of Lucy pulling the football away from him, he had his love for the Cleveland Browns, who never disappointed us with their ability to disappoint him. Though he was a math genius, he could not tell Left from right and when giving directions people would use baseball out fielders (John Loved baseball) names to signify left or right.

He could always tell a story and we had a inside joke where as soon as he began we would interrupt and say "Does this story have a barefoot Indian in it?" and when he ensured us it didn't...we would let him continue.

As the years went on I was guest at his house on Friday nights when he, his Wife Mica and daughter Kyra (with the McCormicks) running them in my world I created, the laughter at that table and the science breaking bad rolling that took place will always be cherished memories.

As I got older John became a advisor to me, he had been a special ed teacher, and when Kevin was having learning issues early in his school life he gave me sound and valuable advice.

John, through the Wilmark Dynasty's, put on LARPs and Cons every year where he's beloved friends and new friends would come together for a weekend of Mayhem. We always had a saying, it wasn't a Con until John and Mica had a argument....usually over something like "where was the tape" or something like that. Every Saturday night we would pull all the chairs into a big circle and have a sing along, he was like a Vampire who feasted on everyone's good will....god the laughs.

He was not a perfect person....none of us are...he had a temper but as I got older I could tell when it began to boil, his speech would get quicker, I would tell people just back off for a few and after a few moments to think he would come back down.

Towards his mortal final moments, Cancer robbed him of his ability to be John, he had battled his brain cancer in the past but today he lost his battle.

I will sorrowfully miss his company, though he gave me so many memories I wanted more.

I can not imagine the grief of Mica, the girls, his grandchildren and vast circle of friends must be.

He was my Ever Lovin Buddy


P.S. I will leave you with one last thing, I helped John move his Mother out of her house, I was informed there was a statue of a horse that needed to be moved....it was statue alright...a big one....and it was solid metal....But I forgive you john.

Clockwork thoughts on the final trailer for "Rogue One"

They just released what they are calling the final trailer for "Rogue One".....some thoughts

Posted by Clockmaker at 6:26 PM No comments:

The Clockwinder on the Election

I almost didnt publish this, and i am sorry I didnt mention the concerns of my Female friends specifically