Labor day proves there is a god.
Posted by Clockmaker at 5:26 AM No comments:

Now to most people, installing a new Mailbow would not be a chore…but they aren’t me. It is first important to understand the reason why I must replace this Mailbox…for the third time…Kids drive by our house and use it as batting practice. Yes it does warm my heart to think that one day a great homerun hitter will owe his success to my Mailbox…but it is aggravating. So I set out to purchase a Mailbox, ours was a nice deep hunter green, well apparently ( according to Lowes) People only use white and black now…so I chose the black.

On removing the old box…..

Well I went down to the old box with Drill in hand….Zip Zip Zip the screws began to come out “could it be this easy” I thought as I got to the last screw. No…it wasn’t gone to be that easy as for some unknown reason the last screw refused to come out. I grabbed a hand screw driver, nothing…I grabbed the famous Gerber Multi-tool that has never seen defeat ( do you know that the plier head of the Gerber multi-tool is a perfect fit in a M1 gas plug…its true) but then again…it had never meet this Screw. Finally I had to pry the screw from the wood block and at last….the old box was free to be put to rest.

On Installing the New Box…..

Again it would seem a simple matter…But then its me we are talking about. First screws go in fine but then I notice what I have been dreading…My drill runs out of power. Not to fear, I have a spare power pack….that is also found to be without power. So I try to use the Hand screwdriver and realize. where as it looks like wood, it is obviously rock. So I plug in the charger and wait. So, in the dark now, I manage to finally secure my new mailbox and join the great hero’s of Yore in conquering the un conquerable…Hail Me.
Posted by Clockmaker at 7:03 AM No comments:

Here I am, Its Tuesday….woot! ( Said without enthusiasm). I am still can’t believe Wizards is putting out D&D 4.0…in my mind that means they have messed up 4 times. Ugg I know they have to keep selling books but my good!!! Didn’t they release 3.5 last week….oh wait, Im old, that’s right.

I am still looking to pick up the new WHFRP, we had a huge game of it back in the day, one of those legendary campaigns that most gamers sit with old friends and talk for hours about. I loved the system, It has to be good for me to pick it up…nice and simple.

Geeks of the world unite.
Posted by Clockmaker at 7:57 AM No comments:

One word….HOT…I mean super hot. On Saturday my Son and I went up to Brandywine State park to see a Revolutionary War re-enactment ( The Battle of Cooche’s Bridge) We got there around 10:00 and it was burning hot and left a little after noon. He had fun and we got a chance to talk to a friend who was participating. It sure reminded me of the days we spent in VA in August reenacting Bull-run. Watching the battle sure made me miss reenacting.
Ran into DOKs on Sunday looking for a book, they had it, but when I picked it up the Spine was damaged so I’ll have to wait. School starts for Kevin next week, he’ll be a big 1st grader…WOOT!
Posted by Clockmaker at 4:21 AM No comments:

I have become a fan of this show, I love the way they have the Australia and New Zealand rivalry. Murray’s office with the fake paneling and all just crack me up.

It got me wondering, Why “New” Zealand? Was there a Old Zealand? So I went to the source of all knowledge…that’s right…Wikipedia, and found out that there is in fact a Zealand. Zealand is one of the largest islands in Denmark…so how about that!! Now if one has anything to do with other…I can only assume so. Oh and yes….New Zealand is where they filmed Lord of the Rings ( get your posters at the Consulate)
Posted by Clockmaker at 7:32 AM No comments:

Things my Children will never know…..


That’s all I can really think of right now.

Posted by Clockmaker at 4:38 AM No comments:

Ok, now keep in mind I love my basement, its where I keep 600 years of reenactment stuff and 25 years of gaming stuff, but since we have moved in it has also become the worlds foremost U-boat simulator.
First there was the Sump pump, after a plumber put a fixture that delivered to much back pressure…The coupling on the sump pump would blow apart. A fountain of water would reach all the way to the ceiling as yours truly sprang into action. At first I would be in the middle of the column of water with a screw driver trying to repair the pipe, drenched to the skin and going down by the bow. Then I figured out If I cut the power to the pump the water stopped, so yanking the cord became my course of action….UG.
Then there are the leaks in the walls…only when we get drenched, but they are there none the less.
Now with the new child, I haven’t been down in the basement that much, so yesterday I go down and there is a puddle radiating out from my Central Air unit…UG!!!. I figure it must be the drain line, I pull the cap off and run a clothes hanger down it….I can here it draining after that…that issue is solved, now for the puddle.
I end up tossing boxes and other junk that is soaked, I brush must of the water into the French drain…it’s a mess. I set up a fan to try to help it dry and checked it this morning, things seem to be drying out…I think It helps that the AC has been off for about 4 days with the cool rainy weather we have been having. Ug I keep thinking “am I going to have to send somebody down into the Battery compartment!!!”
Things could really be worse, and I thank the powers that be that they are not…but man I would just appreciate a dry basement.
Posted by Clockmaker at 4:40 AM No comments: 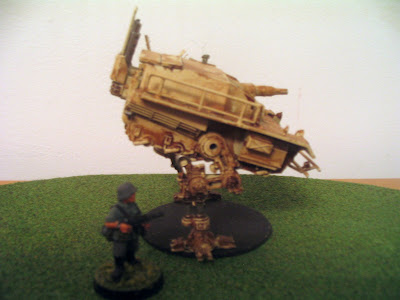 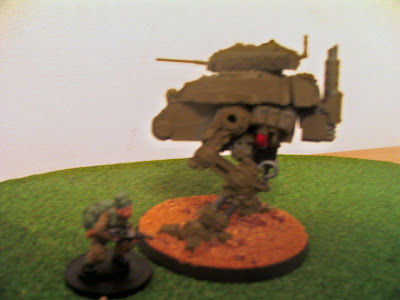 I was looking over the old blogs and realized that I had neglected to mention something. On March 13th my second son “Owen” was born. The birth went fantastic though we had a issue or two once we got to recovery involving my wife…But all are well now ( Touch wood). My eldest son is now 6 and is a good big brother so far.
Transformers has taken up a lot of my son’s interest but I should note that he spent a heck of a lot of time playing Star Wars Lego’s this weekend.
We have been to some places since the 13th, Brandywine River Museum, Camden Aquarium and Hagley Powder mills ( Birthplace of Dupont). Most of my Movie watching has been On-Demand lately and I haven’t done any Re-enactments since January…but my Wife has allowed me to go away two weekends for a LARP and I am thankful for that.
I missed both Cold Wars and Historicon this year but hopefully next time I go my eldest son can come along for the ride.

Well I think that’s about it
Posted by Clockmaker at 10:01 AM No comments: 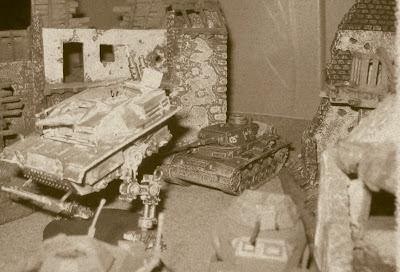 Im putting this up because I think the old one was lost to the switch over.

Posted by Clockmaker at 7:07 AM No comments:

Boy I havent been here in a while. I have been posting alot of stuff on my threads blog but have Neglected the old Jalopy....well I guess I had better dust her off and check under the hood.
Posted by Clockmaker at 5:28 AM No comments: