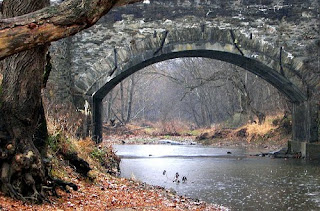 You look out side and the world is wet and gray, you listen to rhythmic patter of the rain against your transparent viewport to the world and dream of different times and far of places.... or at least I used to. You see, I love rainy days.

When i was a teenager rainy days used to make me want to sit and read, day dream or gather some friends together to game... as opposed to when I was really young and they made me want to run out and race pop-sickle sticks down the gutter of Longview dr. If you were to add lightning to the mix.... that just made it perfect.

I don’t know what it is about rainy days that effected me so, I wonder if anyone else felt they way I did about them. I imagine normal people dread the rain because it interferes with their normaling and stuff (normaling being the acts of being normal... its ok if you havent heard it used before as I just made it up). In High school, a rainy saturday would have me sitting around thinking of girls I never had the nerve to ask out or, via the minds eye, touring middle earth or the battlefields of france.

A sunny day never hit me the same way, I was never one of these people who went vaulting out the door on the first warm day of spring to rip my shirt off and play frisbee in the front yard while the transistor radio played the latest Aerosmith song.

My Mom used to have a third floor apartment at University plaza and for some reason Thunder storms always sounded as if they were blowing the place apart. You literally used to brace when you saw the flash of lightning...then BOOM!!!, I loved it.

I don’t know why some people are sunny day people and I am a rainy day person, maybe it was being lonely or some super deep psychological thing that I havent the slightest desire to understand, but the fact remains, that to this day I love a rainy day.

This Friday will see the mass opening of the new Pirates of the “Caribbean” movie. The return of the great Captain Jack Sparrow is sure to have movie goers all a flutter and bodice stores low on stock for months to come. Everyone will be Pirate crazy.... all except me.

I don’t like Pirates... well truth be told, I did like the first PotC, but the next two....not so much. I know, I know “Who the Frak cares what you think Clockwinder” the poor PotC fans are chanting and I must confess that I seldom care what I think about something as well, so please regard this poor entry as a simple IMHO sort of thing.

I certainly have nothing against women in bodices and when I become king we will certainly see more of that, and I think Johnny Depp is a brilliant actor so why did (and in fact do) hate these movies so much?

I don’t know... all I can say is I never even made it all the way through 2 and 3 in one sitting... I just have to get up and leave. There is not one thing that I can put my finger on...its like fruit cake.... you don’t know why but you hate it.

So fear not fans of the series, as you stand in line this weekend I will not be in front of you nor behind you to enjoy this new cinematic Masterpiece. I do hope the fans enjoy it and ....of course, to the ladies i say..... Buy and wear more bodices.

Got to visit the estate of Lord Aravan on Friday and had the rare opportunity to geek out over GOT with his lordship and the Sourcemaster.... and loved every taped glasses pushing, pocket protector wearing minute of it.

His Lordship and the SM both had the advantage of reading all the books but we limited our conversation over the first book and they alluded to a few things in the other books (Something I don’t mind at all) and they succeeded in flaming my desire to get the other books.

We also played a game called “Never have I ever” in which his lordship and I nearly died of thirst but it was so much fun hanging with the crew of geeks and nar-do-wells.

They make very happy drunks (for the most part) and great company!

The Game of Thrones....the book 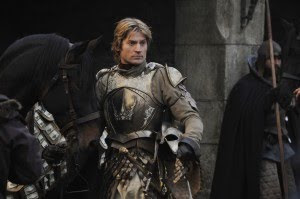 first off beware....Possible spoilers ( as I don’t know what Im truly going to write yet)

Fueled by my love of the HBO series based on it, I purchased the audio book for George Martin’s “Game of Thrones”. 44 hours of book, in 4 8 plus hour sections appeared to be a daunting listen but with time while I waited for Kevin to finish he track practices...I had at.

I don’t normally go gaga over popular fantasy, sure I love me some Tolkien and I read the “Lord Foul’s Bane” series, but besides that I steer clear of the like...with that said, I loved every second of GOT.

I mistakenly began liking some characters in the book only to have the author gleeful slay them in the festering pit of deceit that is Kings landing and the 7 kingdoms. I am thankful that Jon Snow made the cut and remained true to his oath but now I am wary that he may have his dark day ahead.

The book is full of so many great Characters, both good, bad and undetermined that at times you can’t wait for the narrative to return to them. The Mormounts became a favorite of mine, the father, the Son and the sister all coming together to paint the portrait of a minor noble house, though only in the background, richly alive with the Father who was forced to take the black, the son who fled into exile and the Warrior sister who’s daughters carry on the name with the smashing of the morning stars.

The author seems to happily build of the Stark family then takes fiendish delight as he suffers them to all sorts of hardships. I like the Starks and the northern families, the author makes me think of the northern english folk of the border with his descriptions... and their stalwart honorable streak.... a benefit in the north.... that turns out to be their glass jaw in the Machiavellian towers of the capital.

Even the battles come to life with a rich history as the author describes the various bannermen and lords that flock to battle under their various sigels, each appear to be unique and many seem to be dual edged blades ready to cut both sides like the Frey’s and Grayjoys. The battles them selves are bloody and believable.

Tyrion Lannister, the dwarf son of the lord of Casterly Rock is a wonderful character, though he tells you that if he wasnt the son of a lord he probably would have been killed as a newborn, his short comings (forgive the pun) make him more and more a giant in the book as he endeavors to out smart his opponents instead of out fight, but we must say that when push comes to shove....his little body houses bear size courage.

The book is wonderful as it follows the fall of Robert Beratheon, the usurper King and the rise of his son Geof. The secrets that end up killing two “Hands of the king” and the crowning of the kings younger brother Renley towards the end of the book and leaves the 7 kingdoms on the edge of being ripped apart.

With all that happening....we are told the tale of the last of the Targaryen, Daenery, who finds love married to a horse lord and the tragedy that follows.... but in the end, for the child she losses she gains 3.... the first in 100’s of years and we are led to believe the Dragon of House Targaryen is turning its eye once more to the “Iron Throne”.

Though some of the readers voices annoyed me to no end, I have to say I loved the book more then any Fantasy book that I have read in a long time. If you have not read it, I encourage you to pick it up.....the only problem you’ll have is putting it it down.

Sometimes I sit and listen to my younger friends tales of the wild parties that they have attended... full of naked women, beer and what not and I think back to my party days and the fun that was spin the bottle.

Thats right, the game were you and the girls sit in a circle, spin the bottle and whoever the bottle points to...you have to kiss. WILD!! INSANE!! Off the Hook!!! I know...it was all this and more and truth be told I only played it once.

We had just moved into our apartment in Springrun and we had some friends over. These many years latter and I have no idea how we all came to be sitting on the brown carpeting spinning a 2 litre bottle...but there we were.

Like I said....it was my only game of STB and truth be told it was kind of fun. I believe all the guys afterwards agreed that Mike’s girlfriend was akin to kissing a board and I remember Dave and Nat having a wild kiss or two but nothing you couldnt show in the 8:00 time slot on ABC.

A “wild and Crazy” time was had by all though, we seemed to have played for a while and I do not believe any alcohol was involved. In this day and age you have to laugh at the innocents of it I supposed...at least when compared to some parties I have listened to. I wonder if kids still play Spin The Bottle?

Posted by Clockmaker at 11:30 PM No comments:

Thats right.... The Clockwinder has epic failed in his quest to keep his blog flowing regularly. I could plead a busy life, but instead I will chalk it up to supreme lameatude on my part and endeavor to get my act together.
Time to wind the clocks
Posted by Clockmaker at 12:44 PM 1 comment: